Izmir University of Economics (IUE) hosted the photography exhibition titled, ‘Life Chronicles’, which is about the diaries of Mexican painters Frida Kahlo and Diego Rivera. In addition to the exhibition consisting of 30 works, books that shed light on the recent history of Mexico were also introduced. Approximately 150 books of Spanish and Latin American origin were donated to IUE's library.

COOPERATION IN THE FIELD OF EDUCATION AND CULTURE

Expressing his pleasure to be in Izmir, Mexican Ambassador José Luis Martinez y Hernandez said, “Mexico and Turkey are similar countries in terms of both historical richness and being home to many important civilizations. Therefore, we realized this project, which we believe will be an opportunity for Turkish people to learn more about Mexican history through the eyes of Mexican writers. Frida and Diego are among the most famous names in Mexican history of art. They contributed to the consolidation of Mexican cultural life. We are happy to realize such an exhibition in Izmir. Our mission as the Embassy is to promote a closer relationship between Turkey and Mexico in the field of education and culture. I think such an activity is a clear example of what can be achieved by working hand in hand with an institution.”

Stating that they will continue to produce new projects to further develop relations with Mexico, IUE Rector Prof. Dr. Murat Aşkar said, “We are very happy to host such an important exhibition on our campus. Very valuable books of Spanish and Latin American origin were donated to our library. We will establish a separate Latin America corner in the library and bring together valuable works of art with our students. In addition to English, we also offer students the opportunity to learn Spanish as a second foreign language. This is also very beneficial for the development of relations between the two countries. We will continue the close dialogue with the Mexican Embassy and develop different projects.” 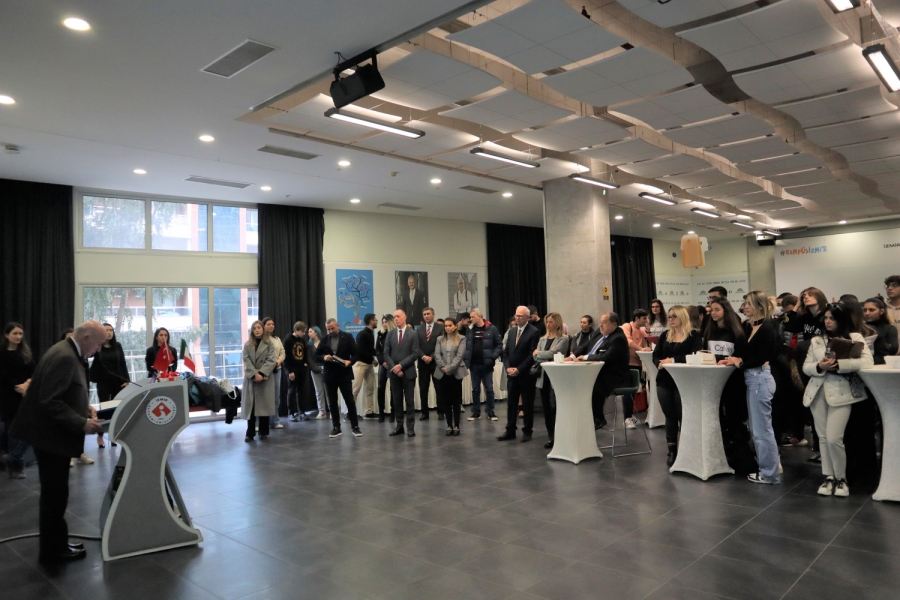 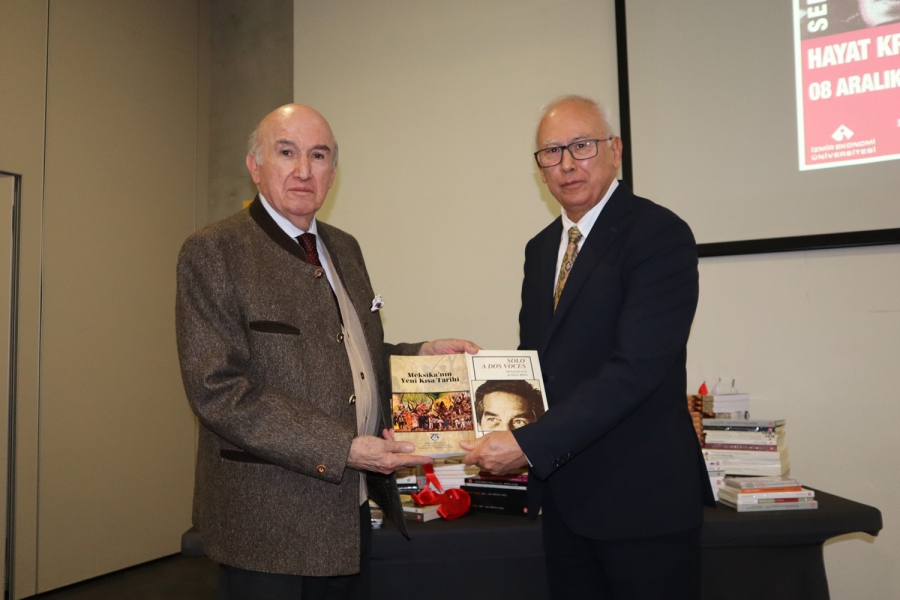 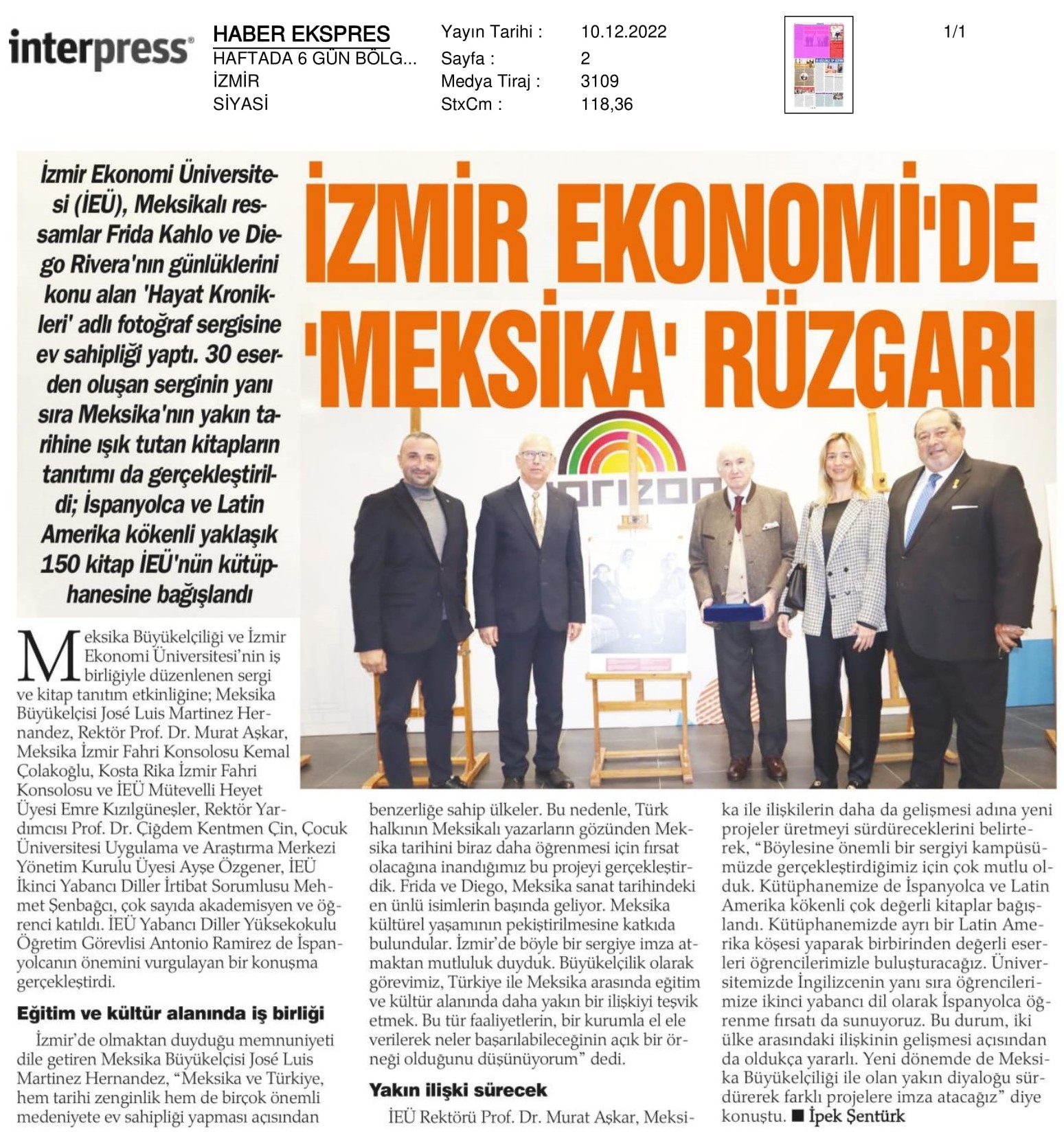 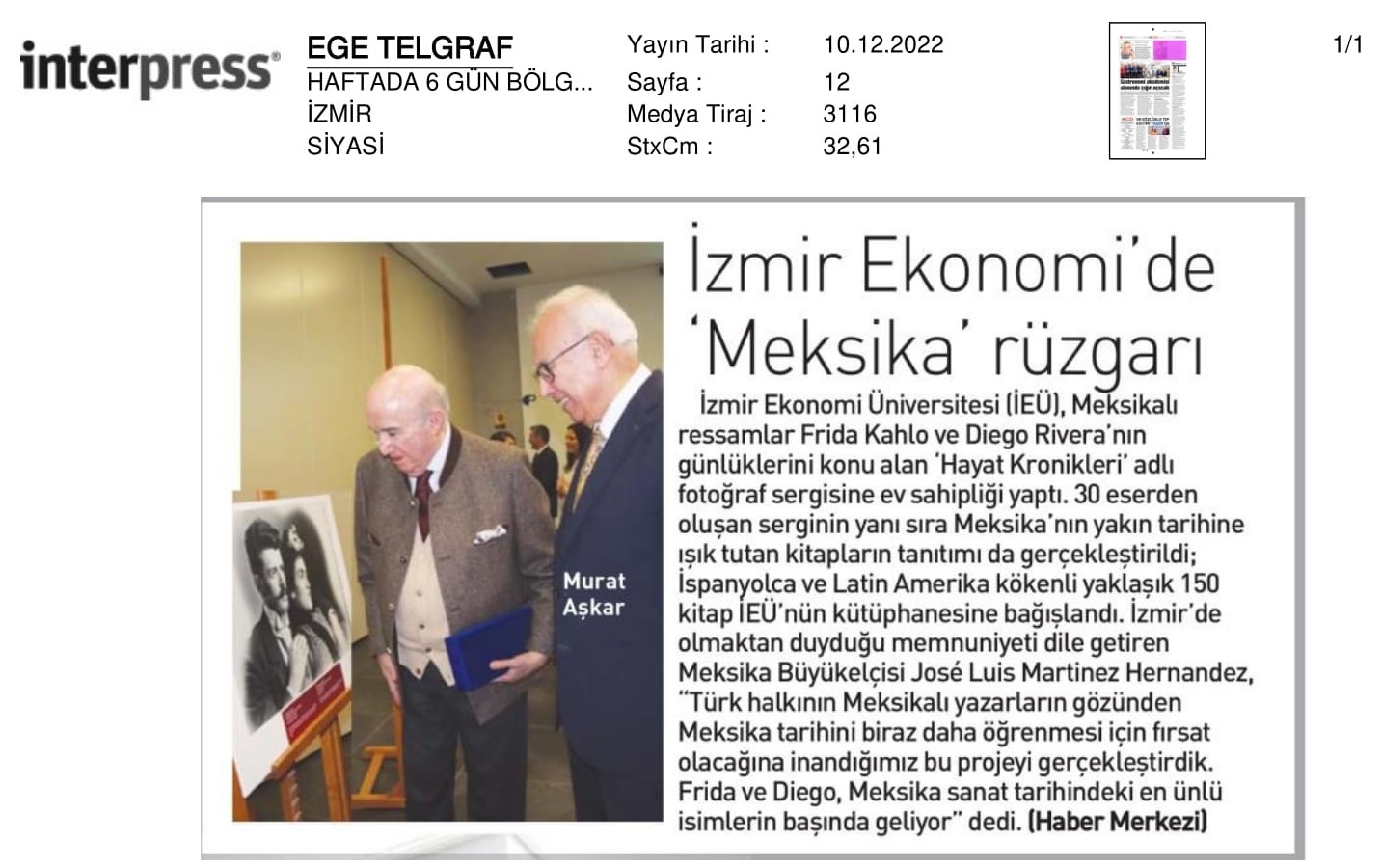 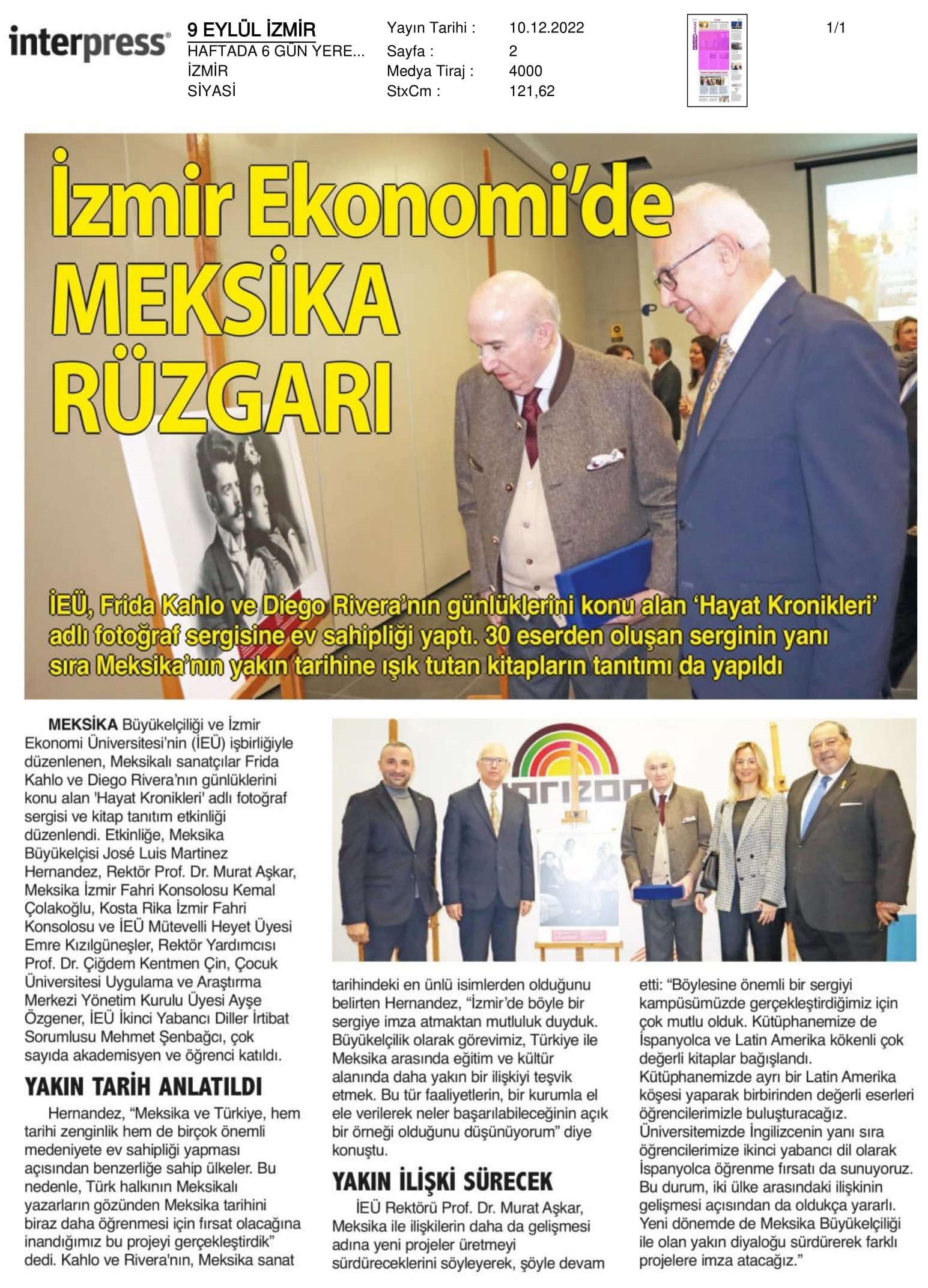 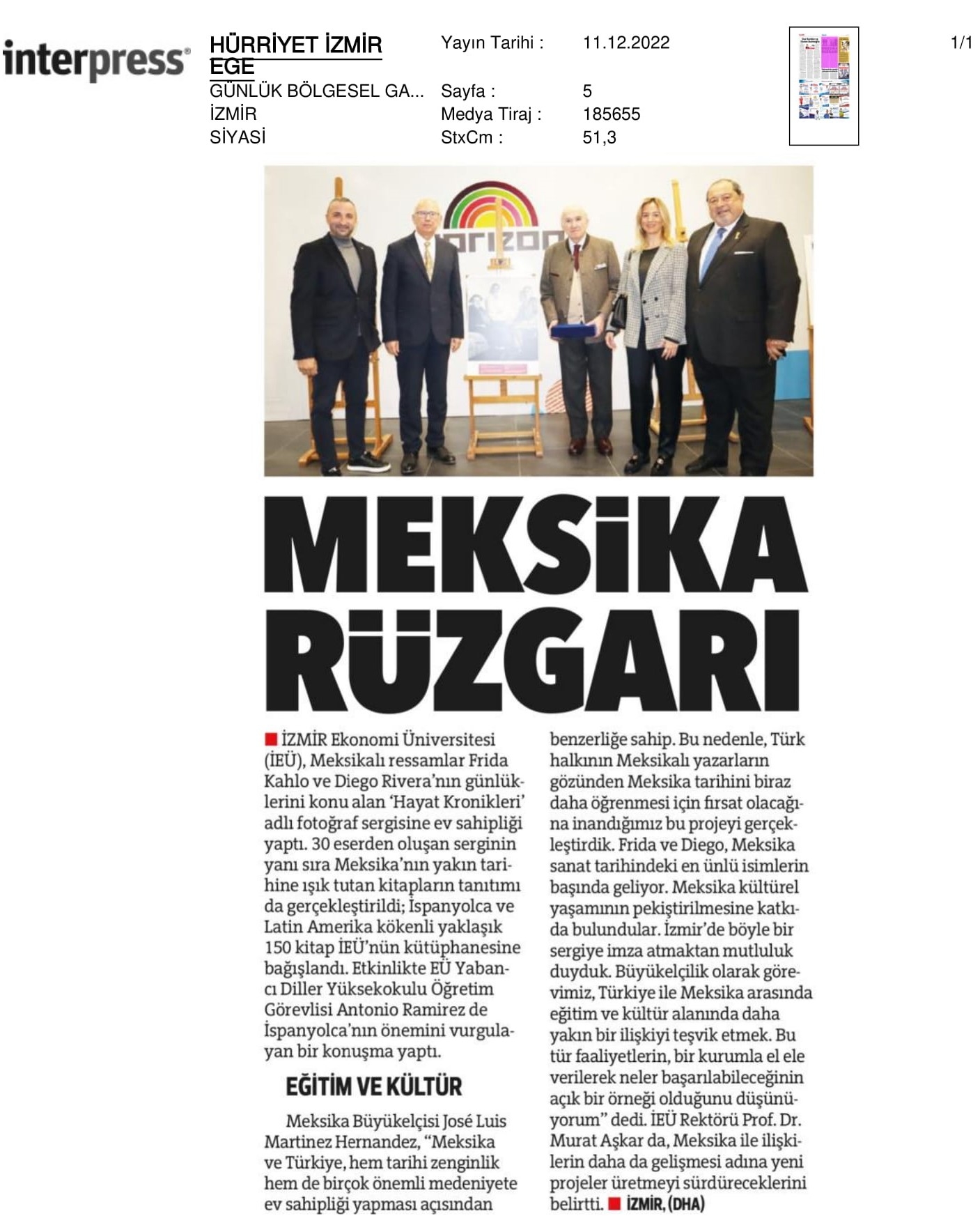 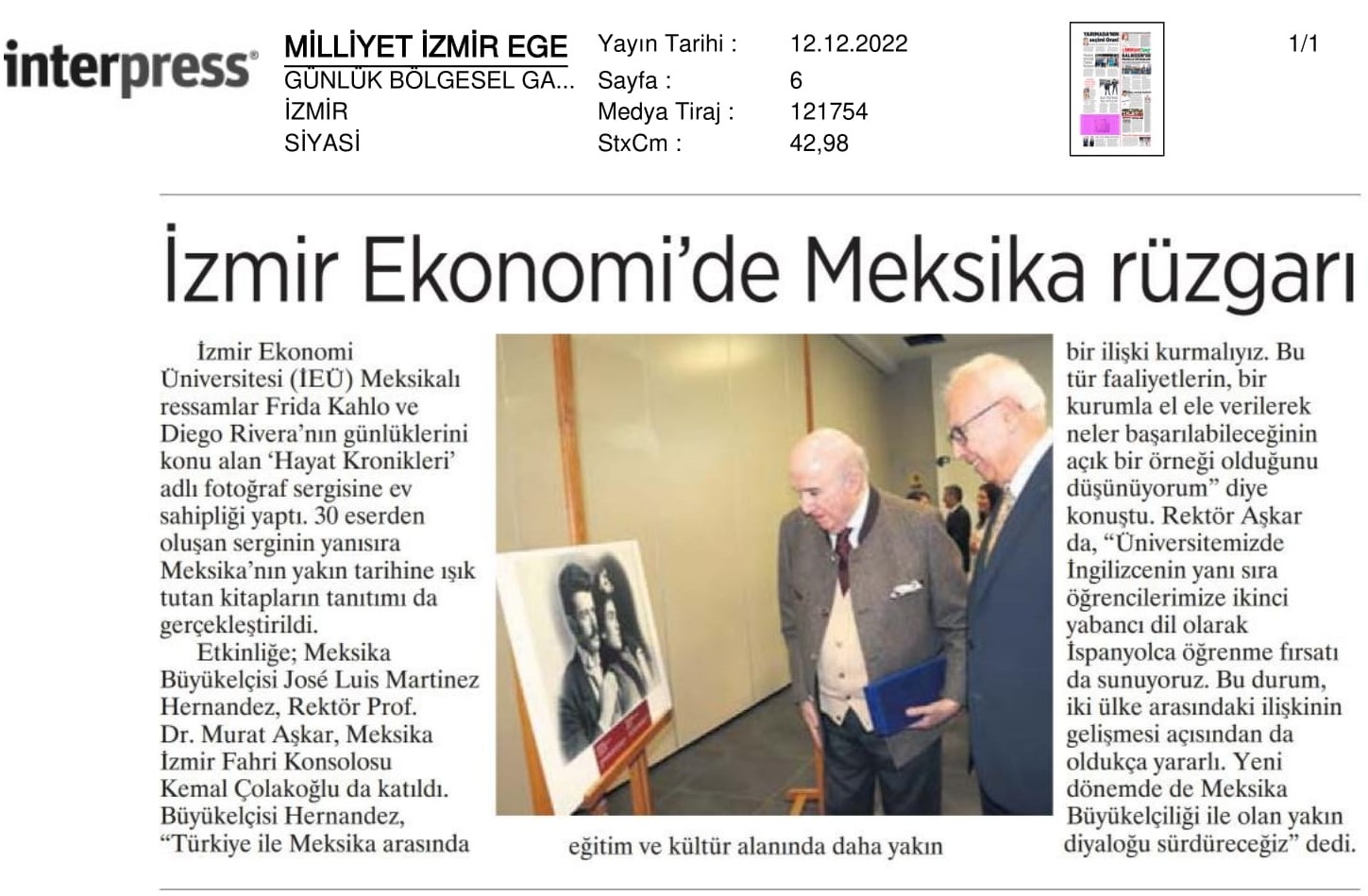 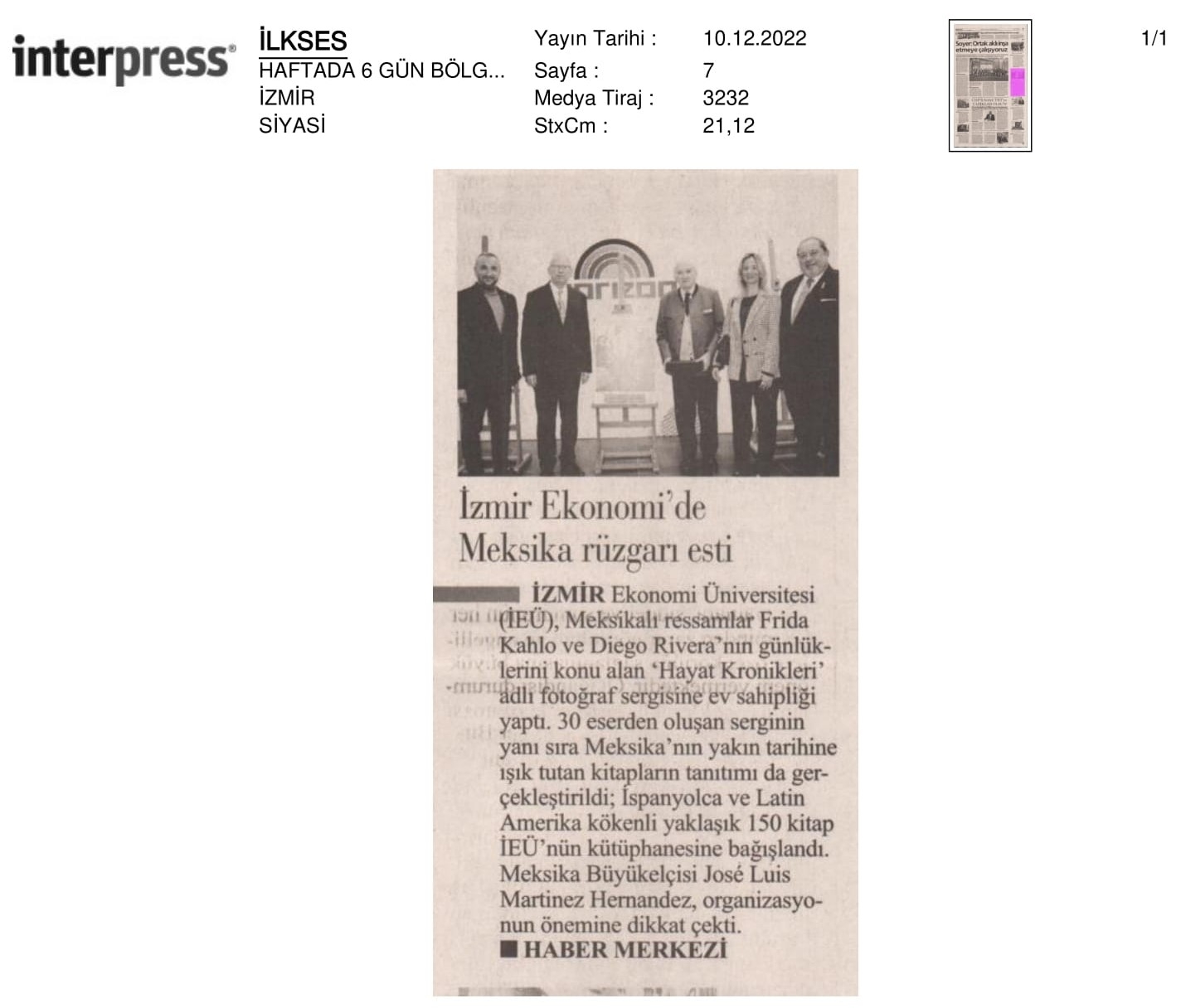 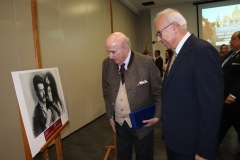 Izmir University of Economics (IUE) hosted the photography exhibition titled, ‘Life Chronicles’, which is about the diaries of Mexican painters Frida Kahlo 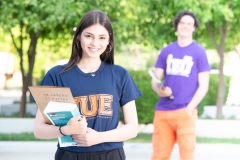 An exemplary success for Turkey in foreign language education

Proving its quality of education in foreign languages once again, Izmir University of Economics (IUE) became the first university to be accredited They rolled up sleeves for quality language education

The Association for Language Education, Evaluation and Accreditation (DEDAK), which works to improve the quality of language education in Turkey, has been IUE academics are on their way to Belgium 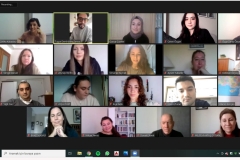 Turkish cuisine should be promoted globally